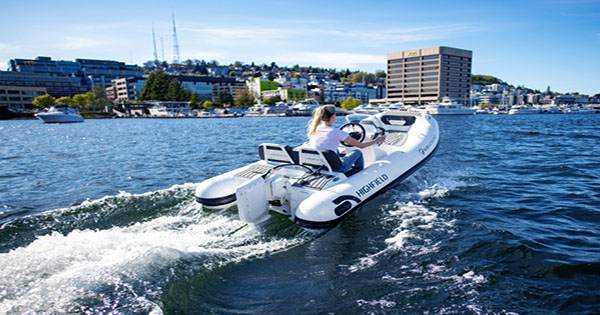 Pure Watercraft, a Seattle-based electric watercraft firm, has received a 25% interest from General Motors. GM’s decision shows a growing interest in all things electric, including boats and other vehicles, and is part of the automaker’s $35 billion plan to invest in electric and autonomous technologies by 2025. In exchange for the investment, GM is paying $150 million in cash and payment-in-kind, which includes access to the automaker’s components and manufacturing support, according to Pure Watercraft.

Pure Watercraft produces Pure Outboard all-electric outboard motor systems that may be used as a drop-in replacement for boats with a 25 to 50 horsepower gas-powered motor. In addition, the business has formed partnerships with major boat manufacturers to market full-electric boats, which include a pontoon barge, a fishing boat, and two rigid inflatable boats.

In comparison to gas engines, Pure Watercraft claims that its electric systems require no maintenance and emit no emissions. The range is also expected to fit a wide range of consumer needs — according to the company’s website, Pure Outboard could handle a nearly four-hour, 20-mile fishing excursion with a 15% charge left over.

Last September, the firm received a $23 million Series a lead by L37 to start production, nine years after CEO Andy Rebele launched the company. The two businesses will co-develop and commercialize battery technology because of GM’s recent investment, “integrating GM technology into a number of applications,” the carmaker stated in a statement.

This is only the latest indication that electric technologies are beginning to make inroads into transportation and mobility categories that have hitherto been dominated by traditional gas engines. Arc, an electric watercraft firm founded ten months ago, has secured $7 million in total finance, including three new investors last month. Zin Boats, a Seattle-based firm, is also working on an electric speedboat.

It is also a significant move for GM, which is already looking into ways to apply its expertise to other industries including as rail and aircraft. Earlier this year, the business teamed up with Wabtec to create hydrogen-fueled and battery-powered electric freight locomotives. GM has announced a collaboration with Liebherr-Aerospace to create a hydrogen fuel cell airplane demonstration system.