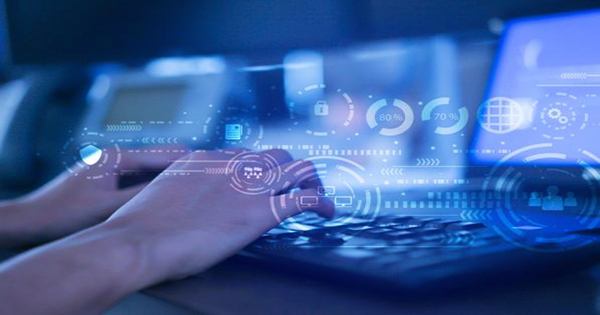 Ginkgo’s initial public offering (IPO) is one of the most significant in biotech history. The corporation is anticipated to raise $1.6 billion from the sale. Ginkgo is coming public through a merger with Soaring Eagle Acquisition Corp., which was announced in May, it’s also one of the biggest SPAC mergers done to date.

The stock opened at $11.15 per share this morning under the symbol DNA, which biotech fans will recall as Genentech’s previous ticker.

The NYSE’s facade is decorated with Ginkgo trees. As Antonio Regalado of MIT Tech Review noted out, the visual certainly has Jurassic Park motifs. It’s most likely on purpose: Jason Kelly, the CEO of Ginkgo Bioworks, tells TechCrunch that he has been re-reading “Jurassic Park” this week. The company motto is also displayed on the wall: “Grow everything.”

Ginkgo is a synthetic biology platform that was founded in 2009 and now claims to be the first of its kind. That’s based on the assumption that one day, we’ll be able to “create everything” with cells, and Ginkgo’s objective is to be the platform for doing so.

Kelly compares DNA to code, a term he borrows from the programming world to define his organization. He claims that Ginkgo’s goal is to “program cells like you can program computers.” Eventually, the cells will be used to create things like scents, tastes, materials, medications, and food.

Since the SPAC acquisition was disclosed, the largest remaining worry about Ginkgo has been its astronomically high valuation. Moderna was valued at $7.5 billion when it went public in 2018, thanks to its COVID-19 vaccinations, which have made it a household name. Ginkgo is worth twice as much as that.

When you consider Ginkgo’s current revenues, the company’s huge valuation becomes even more apparent. According to SEC filings, the company made $77 million in sales in 2020, which climbed to almost $88 million in the first half of 2021. In December 2020, the company recorded a loss of $126.6 million, while in 2019; it reported a loss of $119.3 million. In 2021, Ginkgo wants to raise revenue by a large amount. The firm previously stated that it aimed to generate over $150 million in revenue in 2021 in SEC records, but that amount was increased to over $175 million in the August earnings call.

Ginkgo makes money in two ways: first, during the research and development phase, it contracts with manufacturers (i.e. while the company works out how to manufacture a cell that spits out a certain fragrance, bio-based nylon or meatless burger). Ginkgo’s “foundry,” a vast factory for bioengineering projects, is where this happens.

This money source has already begun to flow. According to Ginkgo’s August investor call, foundry revenue for 2020 was $59 million, with $100 million expected in 2021.

Stripe acquires Recko, its first acquisition in India, to add reconciliation to its payment services stack

Potential of strained diamonds for advanced functional devices in microelectronics