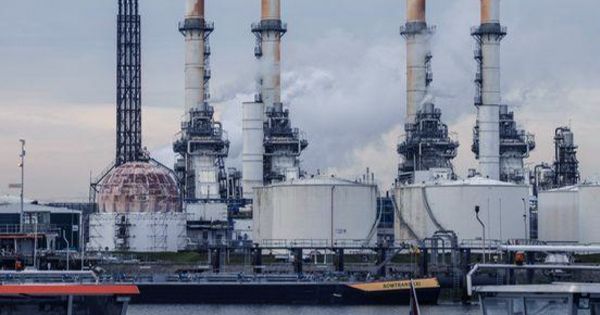 One of the repercussions of rising CO2 levels in our atmosphere is that levels rise correspondingly in the ocean, causing creatures to suffer and ecosystems to change. Heimdal is a firm that is aiming to suck CO2 out of the atmosphere at scale using renewable energy while also producing carbon-negative industrial materials, such as limestone for concrete, in the process, and it has already received significant funding.

Consider two facts: concrete manufacturing is projected to contribute up to 8% of all greenhouse gas emissions, and seawater is full of the minerals necessary to make it.

You wouldn’t make this connection unless you were working in a comparable sector or discipline, but Heimdal co-founders Erik Millar and Marcus Lima did while pursuing their master’s degrees at Oxford. He added, “We came out and did this right away.”

They both agree that climate change is an existential threat to humanity, but are frustrated by the lack of long-term answers to the many and varied impacts it has around the world. Carbon capture is frequently a circular process, according to Millar, in which carbon is captured just to be used and emitted again.

Sure, it’s better than creating new carbon, but why aren’t there more ways to permanently remove carbon from the ecosystem?

The two founders envisioned a novel linear process that uses only power and CO2-rich saltwater to create usable materials that permanently store CO2. Of course, if it were that simple, everyone would be doing it. “The carbon markets that will make this economically viable have only recently emerged,” Millar said. And, as a result of massive solar and wind projects, energy costs have plummeted, upending decades-old power economies.

New business models emerge as a result of carbon credits (a market I won’t go into here, but suffice it to say it is an enabler) and cheap power, and Heimdal’s is one of them.

The Heimdal process, which has been demonstrated in the lab (imagine terrariums instead of thousand-gallon tanks), goes like this: The saltwater is first alkalinized, which raises the pH and allows the separation of gaseous hydrogen, chlorine, and a hydroxide sorbent.

This is combined with a separate stream of seawater, resulting in the precipitation of calcium, magnesium, and sodium minerals as well as a reduction in CO2 saturation in the water, allowing it to absorb more CO2 from the atmosphere when returned to the sea. (I was shown a photo of the small-scale prototype facility, but Heimdal declined to provide it for publication due to outstanding patents.)

Can Europe compete in the quantum ‘space race?’