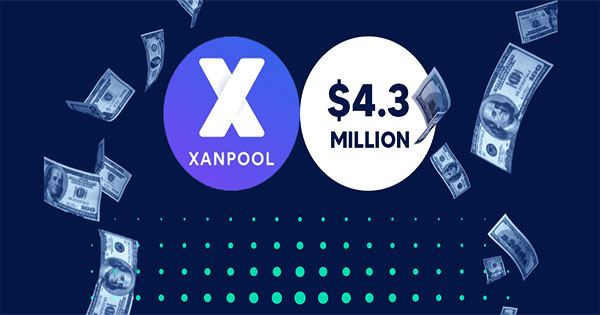 XanPool, a payment infrastructure provider that enables speedier crypto and fiat settlements, announced today that Valar Ventures led a $27 million Series A round. CMT Digital, Wise founder and chairperson Taavet Hinrikus, and current investors Gumi Gryptos and Antler all participated in the round. With this round of fundraising, XanPool has already raised over $32 million since its inception in 2019. The Series A funding will be used to solidify XanPool’s position across APAC, where it is utilized in 12 countries, with the objective of increasing its user base from 500,000 to 10 million by the end of 2022, according to founder and CEO Jeffrey Liu. Consumers and businesses who want an alternative to established payment processors are among its users.

XanPool’s software allows for a non-custodial crypto-to-crypto (C2C) network made up of liquidity providers, such as crypto funds, money service operators, and traditional export enterprises, who have idle capital in their crypto wallets, e-wallets, or bank accounts. “XanPool never touches this money; all we do is create software that allows individuals or businesses to automate their buying and selling in exchange for a fee,” Liu explained.

Liquidity providers’ money is used to settle cross-currency and cryptocurrency transactions, and they are compensated with monthly fees of up to 2%. According to XanPool, its C2C network now has more than $200 million in liquidity.

Because C2C transactions do not involve an intermediary and transactions completed without credit or late settlements, the peer-to-peer design eliminates counterparty risks, according to Liu. XanPool, based in Hong Kong, has over 400 business partners. Toss, a South Korean financial “super app,” ViettelPay, a Vietnamese fintech, PayNow, an electronic fund transfer service in Singapore, GoPay, an Indonesian e-wallet, PayID, an Australian bank-developed fast payments infrastructure, and the Hong Kong Monetary Authority’s Faster Payment Service are among them. They provide clients with access to XanPool via their apps, and XanPool conducts its own KYC on users.

Unlike traditional custody systems, XanPool’s users only need to enter their crypto wallet address, deposit cash to local liquidity peers on its C2C network, and get bitcoin directly into their wallets. Most traditional custody platforms, on the other hand, demand customers to transfer them fiat currency before engaging in fiat-crypto trades and then wait for withdrawal approval from the exchanges.

Rather than creating its own app, XanPool intends to continue supplying its infrastructure to third-party exchanges, wallets, and decentralized applications. XanPool’s goal, according to Liu, is to be analogous to the SWIFT Network in that it will allow settlements without keeping its own liquidity and will be compatible with bitcoin, quick payment systems, and e-wallets.