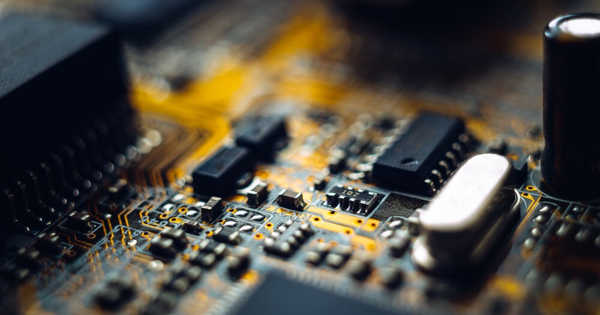 Scientists demonstrated a novel method of observing atoms as they move in a tiny quantum electronic switch. They discovered a new material state along the way, which could pave the way for faster, more energy-efficient computing. Millions of tiny switches control the flow of electric current in electronic circuits that compute and store information. A better understanding of how these tiny switches function could aid researchers in pushing the boundaries of modern computing.

Scientists have now captured the first images of atoms moving within one of those switches as it turns on and off. They discovered, among other things, a short-lived state within the switch that could be used to create faster and more energy-efficient computing devices in the future.

The study was described in a paper published today in Science by a team of researchers from the Department of Energy’s SLAC National Accelerator Laboratory, Stanford University, Hewlett Packard Labs, Penn State University, and Purdue University.

“This research is a breakthrough in ultrafast technology and science,” says Xijie Wang, a SLAC scientist and collaborator. “This is the first time researchers have used ultrafast electron diffraction, which can detect tiny atomic movements in a material by scattering a powerful beam of electrons off a sample, to observe an electronic device in operation.”

Scientist demonstrated a new way of observing atoms as they move in a tiny quantum electronic switch as it operates. Along the way, they discovered a new material state that could pave the way for faster, more energy-efficient computing.

The team created miniature electronic switches out of vanadium dioxide, a prototypical quantum material whose ability to switch between insulating and electrically conducting states near room temperature could be used as a switch for future computing. Because of its ability to generate electronic pulses that mimic neural impulses fired in the human brain, the material has applications in brain-inspired computing.

The researchers used electrical pulses to switch these switches between insulating and conducting states while taking snapshots that revealed subtle changes in the arrangement of their atoms over billionths of a second. These snapshots, taken with SLAC’s MeV-UED ultrafast electron diffraction camera, were stitched together to create a molecular movie of the atomic motions.

“This ultrafast camera can actually look inside a material and take snapshots of how its atoms move in response to a sharp pulse of electrical excitation,” said co-author Aaron Lindenberg, an investigator with SLAC’s Stanford Institute for Materials and Energy Sciences (SIMES) and a professor in Stanford University’s Department of Materials Science and Engineering. “At the same time, it measures how that material’s electronic properties change over time.”

The team discovered a new, intermediate state within the material using this camera. It is formed when a material responds to an electric pulse by changing from an insulating to a conducting state.

“The insulating and conducting states have slightly different atomic arrangements, and it usually takes energy to transition from one to the other,” SLAC scientist and collaborator Xiaozhe Shen explained. “However, when the transition occurs through this intermediate state, the switch can occur without any changes to the atomic arrangement.”

Opening a window on atomic motion

Although the intermediate state lasts only a few millionths of a second, it is stabilized by material defects. To further this research, the team is looking into how to engineer these defects in materials to make this new state more stable and long-lasting. This will enable them to create devices in which electronic switching can occur without atomic motion, allowing them to operate faster and use less energy.

“The results show the robustness of the electrical switching over millions of cycles and identify possible limits to the switching speeds of such devices,” said Purdue professor and collaborator Shriram Ramanathan. “The research provides invaluable data on microscopic phenomena that occur during device operations, which will be critical for designing circuit models in the future.”

The research also offers a new method of synthesizing materials that do not exist in nature, allowing scientists to observe them on ultrafast timescales and potentially tune their properties.

“This method opens a window to look at how the atoms move,” said lead author and SIMES researcher Aditya Sood. “It’s exciting to bring ideas from the traditionally separate fields of electrical engineering and ultrafast science together; our approach will enable the creation of next-generation electronic devices that can meet the world’s growing needs for data-intensive, intelligent computing.”