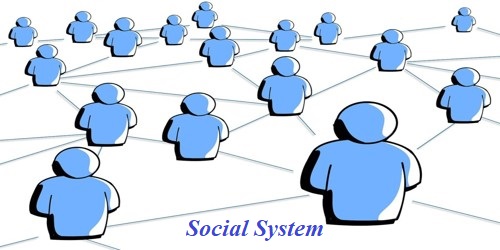 Industrialism or Restructuring the Social System

A social system is a system is a combination of interrelated parts operating as a whole. In sociology, the groups and institutions that work together to make a complete whole are known as social systems. The first sixty years of the century had been the golden age of the small enter premier the last forty was the golden age of big business because during these years. Business was small before the war, business decisions had only limited social effects. The most business operated in very small closed markets and effects of decisions. Where not felt outside their immediate environment but as businesses become large the war. At the same time, that business became large the war. At the same time that same time that business was growing and gaining Strength, other groups within the social system began to achieve identities of their own and become stronger. Set within the framework of the general social system.

(a) The growth of Business power

As business size increased after the civil war, an old form’s of the business organization become, inadequate and unsuited to business needs. Consolidation and growth depended in large measure on increased use of the corporate form of business. Which provided large financial accumulation.

(b) Principal of capitals

As a capitol comet of die Country become more highly concentrated in the hands of a few a new kind of competition appeared. Most early industrial combinations were put together by men who were themselves, industrialist. They were principal owners of large firms and were actively engaged in the operation of the firm.

Monopoly may be formed which are not contrary to public interest and which in some case are considered to be in the best public interest. Certain economic functions in the best way. Public utilities are monopolies that are looked upon as being socially desirable.

(d) The age of reform

The big business for its activities during the post-civil war year, those few years were truly an age of innovation that carried American Society to new high Standards of living.

The first organized drive to limit and control business activity through government intervention came from consumers.

The emergence of the labor movement changed the Shape of and complicated the environment of business.

Classification of Business Combination- basis of Nature of Enterprises

Essentials of a Good Business Letter

Role of Business in Environmental Protection