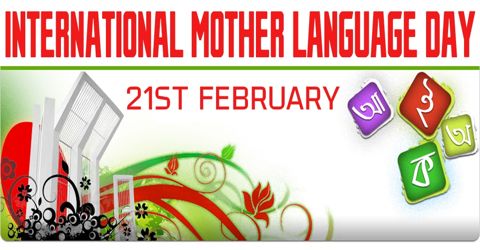 The proclamation of observing February 21 as the International Mother Language Day was made by the UNESCO. In the form of a resolution it was unanimously adopted. Now this is recognized globally. The reason behind the recognition was to add variety to a language and to inspire multilingual education. The sacrifice of the Bangladeshis is incomparable because they sacrificed their blood for establishing the rightful place of Bangla. The people of the world pay a glowing tribute to the martyrs who laid down their valuable lives for the sake of their mother tongue.

UNESCO has announced the 21st February as the International Mother Language Day in recognition of the great sacrifice of the martyr sons of Bangladesh. On 21 February, nations around the world observe the day by of paving rich homage to the martyrs and in this way they are remembered. People offer flowers and prayers for the salvation of the martyrs. There is no difference between ‘Martyrs’ Day and International Mother Language Day. Through the observance of the day, people learn to respect and it helps to develop a tie between different communities with regard to each other’s languages based on understanding, tolerance and dialogue.

The purpose of recognition of 21st February by the UNESCO was to give honor to the language martyrs and to respect mother tongue all over the world. International Mother Language Day has been observed every year since February 2000 to promote linguistic and cultural diversity and multilingualism. The date represents the day in 1952 when students demonstrating for recognition of their language, Bangla, as one of the two national languages of the then Pakistan, were shot and killed by police in Dhaka, the capital of what is now Bangladesh.

The international community gave recognition declaring the 21st February as the International Mother language Day to be observed globally. The resolution came and was adopted at the plenary of UNESCO at its headquarters in Paris in November 1999. The sacrifice has achieved a glorious recognition by the people of the world.