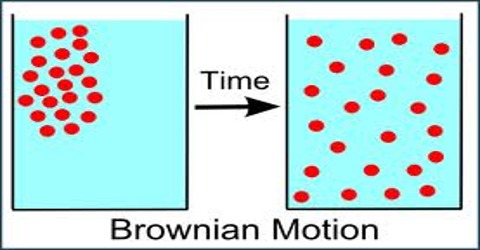 Brown, while experimenting with pollen grains, observed that when suspended in a liquid these extremely small particles were in continuous irregular zigzag motion. This motion of suspended particles which was later observed for emulsions of mastic or gamboge and also of minute colloidal particles is known as the Brownian Movement. 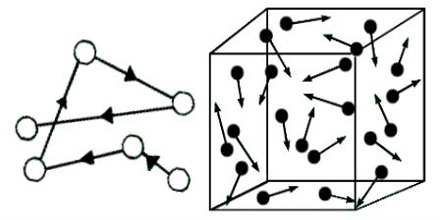 The cause of this movement has been the subject of much investigation. It was established that the motion is not due to thermal at mechanical agitation, for it persists when placed in underground callers for years. It is also not due to light used in observing the particles under the microscope, as the same movement was observed even when the intensity of light was decreases thousand-fold. The nature of the particles has very little influence upon their movement, but their size has considerable effect- the smaller the particles, more violent the movement. In all cases the movement was found to go on indefinitely.

The explanation of the phenomenon of Brownian movement is that the violent zigzag motion of the particles is caused by the collision of the suspended particles with the molecules of the medium which are in continuous irregular motion themselves. The movement of the particles is, therefore, a reflection of the movements of the molecules. This qualitative explanation was put on a firm experimental basis by Perrin who determined Avogadro’s number from consideration of Brownian movement. As pointed out the number of atoms in 1 mole of atoms or the number of ions in 1 mole of ions has also the same value. The best value of this number is 6.023 x 1023; this is the value of the Avogadro number is in remarkable agreement with that obtained from experiments based on totally different principles.

Equation of a Perfect Gas