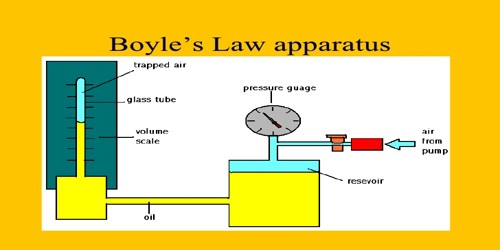 Theory: Temperature remaining constant, the volume of a fixed mass of a gas is inversely proportional to the pressure on it.

If the volume and pressure of a fixed mass of gas are respectively V and P, then according to Boyle’s law-

Procedure: This experiment is performed in three stages, viz—

(A) at atmospheric pressure,

(B) at pressure greater than atmospheric pressure and

(1) At the beginning of the experiment the atmospheric pressure is measured by barometer. Suppose it is P1.

(A) At atmospheric pressure

(2) By raising and lowering the tube-B it is kept at such a height so that mercury level in both the tubes remains at the same plane. In this stage, air confined in tube-A is equal to the atmospheric pressure.

(B) At pressure greater than atmospheric pressure:

(6) At the beginning and at the end pressures of the barometer are taken and average value is taken. Let it be P1. 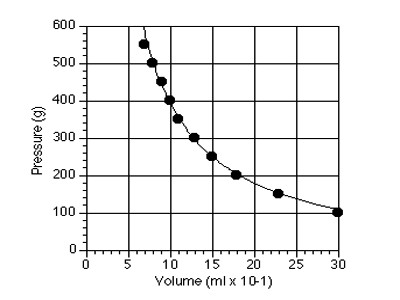 (1) Both the tubes should be completely vertical.

(2) Readings should be taken avoiding parallax.

(3) In order to maintain the temperature constant, the tube-B is to be raised or lowered very slowly.

(4) After taking reading each time one should wait for some time.

Discussion: If the cross-sections of the closed and open tubes are not uniform, then there will be an error in the result.