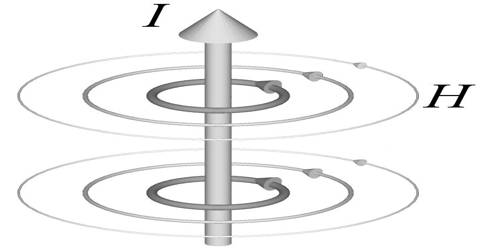 It is a vector quantity pertaining to the circumstance at any point under the magnetic influence (as of a magnet, an electric current, or an electromagnetic wave) measured by the force exerted in a vacuum upon a free unit north pole placed at the point in question — called also magnetic force.

The magnetic intensity defines the forces that the poles of a magnet experiences in a magnetic field whereas the intensity of magnetization explains the change in the magnetic moment of a magnet per unit volume.