Home Physics What is meant by temperature? 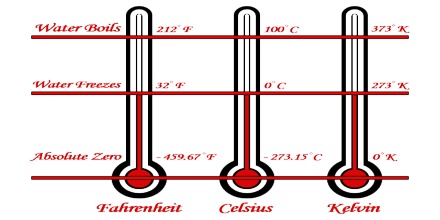 The thermal state or condition of a body which determines whether a body can gives out heat to or receive heat from another body placed in contact with it, is known as it’s temperature.

Heat flows of itself from a body at a higher temperature to another at a lower temperature. Temperature may be termed as the degree of hotness or coldness. For the measurement of temperature of a body or a system some physically measurable properties of the working substance must be used. The instrument depending on these properties and measure the temperature accurately, is known as thermometer.

What do you mean by Thermodynamic scale?

What do you mean by Sensitivity of a Thermometer?