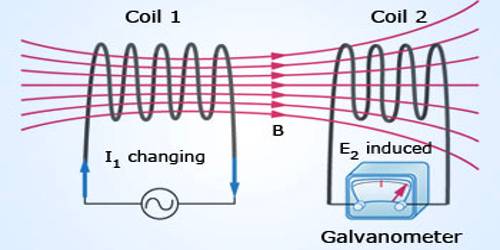 By placing two coils side by side, if the current in one coil is allowed to change, they induced electromotive force is produced in the other coil and induced current flows in the second coil. This phenomenon is called mutual induction. It is the production of an electromotive force in a circuit by a change in the current in an adjacent circuit which is linked to the first by the flux lines of a magnetic field.