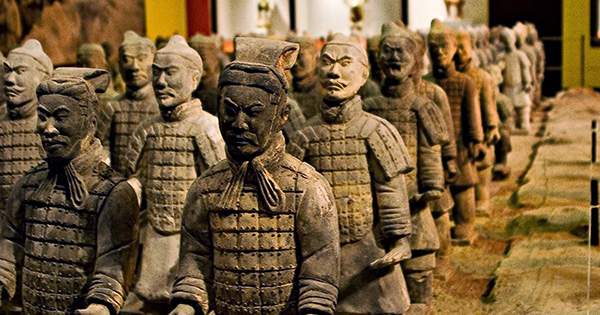 Wedding rings, bullets, and cremated remains are some of the ruins recently discovered by archaeologists looking for evidence of notorious war crimes in Nazi-occupied Poland. As reported in the journal Antiquity, the new study found that a team of Polish researchers conducted an archaeological investigation around an area in northern Poland known as the “Death Valley”.

“As a kid living near Death Valley, I used to play there with my friends,” said Dr. Death Valley, chief researcher at the Polish Academy of Sciences, in a statement sent to IFL Science. “Three decades later, I discovered a mass grave of about 500 poles there.” After the German invasion of Poland ended in October 1939, between 30,000 and 35,000 Polish intellectuals, Polish civilians, Jews, and Czechs, as well as German prisoners of psychiatric organization, were killed in the Polish Pomeranian province within months.

In the autumn of 1939, one of the most brutal massacres took place near the town of Chojnice, where the Nazis killed hundreds of civilians. The locals named the area “Death Valley” or “Death Valley” – a site that has lived in infamous conditions for generations. The second genocide took place here in January 1945, the last year of World War II. According to eyewitness accounts, about 600 Polish prisoners were taken to the “valley of death” by the Gestapo and executed.

Their bodies were immediately cremated to cover evidence of atrocities. In the autumn of 1945, when the war finally came to an end, 168 bodies were exhumed from the area, but many suspected it was an iceberg. In a new study, archaeologists have begun to unravel the mystery. The team has uncovered evidence of burnt bones that appear to be scattered over the surface of the soil. Archival evidence and interview researchers believed that these burned bodies belonged to members of the Polish resistance movement, who were probably killed during the second genocide in 1945.

“It was generally known that not all mass graves had been found and excavated since 1939, nor had the graves of those killed in 1945 been excavated,” explained Dr. Kobiałka.

The leader’s remote sensing technique, combined with historical aerial images, reveals the presence of canyons in the valley. It is thought that during the battle with the Third Reich they were originally excavated by the Polish army but were later used by the Nazis to bury more of the dead. A total of 349 artifacts have been discovered in the vicinity of “Death Valley” using metal detectors. Some objects are ghostly evidence of the atrocities that have taken place here, such as bullets and shell casings; others are deeply personal things that clearly highlight the humanity of the victims.

Mealworms Approved For Consumption In The EU: Will You Be Switching To An Insect Diet?