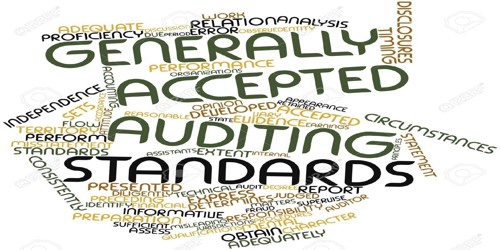 GAAS means Generally Accepted Auditing standards; are sets of standards against which the quality of audits are performed and may be judged. Several organizations have developed such sets of principles, which vary by territory. It is developed by AICPA 1947.

The principles have been divided into three parts.