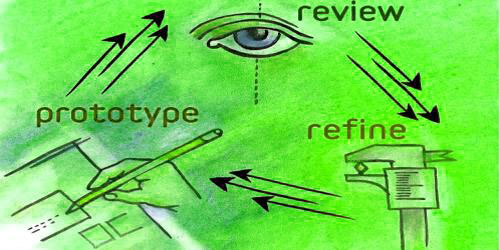 Prototyping is the rapid development and testing of working models, or prototypes, of new applications in an interactive, iterative process that can be used by both systems analysts and end user. It refers to an initial stage of a software release in which developmental evolution and product fixes may occur before a bigger release is initiated. The word prototype comes from the Latin words proto, meaning original, and types, meaning form or model.

You will need to pay attention to these four key components of prototyping and testing, no matter what method you choose to utilize:

Arrangement of Contents in Memo Report