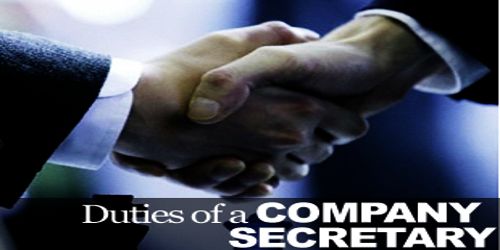 Rights and Powers of Company Secretary

The Secretary has the power to enter into contracts relating to the day to day administration of the company. Therefore, the board of directors delegates some powers upon him. Generally, a company secretary enjoys the following powers and rights:

The company secretary is entitled to receive notice of reasonable dismissal. As per the contract, s/he has the right to claim his/her salary and other allowances. In the case of wrongful dismissal, he can drum compensation. S/He can also take legal action against the company if there is any breach of contract.

The company secretary has every right to receive notice of meetings and to attend all general or board meetings. S/He has the right to be present in the meetings of the shareholders and board of directors.

Major Rights and powers are summarized below –