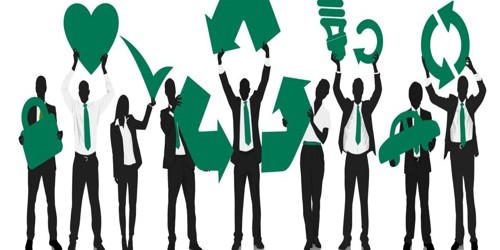 Managers fulfill a variety of roles. A role is an organized set of behaviors that are associated with a particular office or Position. As Society increasingly requires a business to address itself of new priorities the character of the Managerial role is changing. A manager who is responsible to satisfy the expectations of his society is called socially responsible manager. Corporate social responsibility managers are responsible for defining and developing the strategies which underpin a company’s CSR objectives. So he has some managerial role under the new social order is given as follows.

(a) The role of trustee

The manager or management of society is being come to a trustee on their activities, so the managerial role must be a trustee of their social responsibility.

(b) The role of boundary nemeses

Every meager must be required to boundary mediator because they are performed on behave of internal and external confect to solve.

It is a traditional management role. It is concerned with effective internal operations of an organization. A manager must new assure that their firm’s operations are in harmony with the environment and public expectations.

(d) The role of productivity catalyst

A social role of central significance to management is that productivity catalyst which is to produce the largest possible flow of desirable outputs in relation to inputs.

(e) The role of change agent

Management always has responsibility for introducing change, but normally the change has been economic and technical change. The new dimension is the introduction of social change.

(f) The role of leader

Some time manager performs the function of leadership to maintain different types of controlling activities of his followers.

The managerial roles are continually being redefined to gear it to new developments. The newest and largest redefinition relates to the external environment and social goals.

Alteration of Memorandum of Association

How can visual aids help to improve communication?