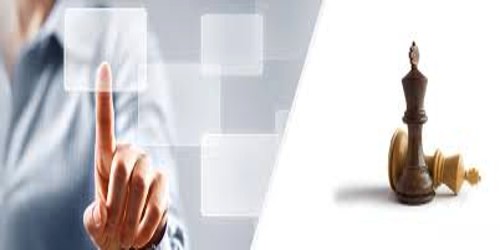 A company can utilize its Core Competency to gain competitive advantage

Apple’s unique competence seems to be its product design process. With the iPod, Apple combined the elements of jukebox software, which could organize a large number of songs, and MP3 players, which held lots of songs. Apple combined these elements in a way that was simple to use. Simplicity turned out to be the core attribute that made the iPod a revolutionary product, one that changed consumer expectations. Company executives should be aware that even the most-successful strategy will fail unless it is continually monitored and refreshed to meet changing market conditions. It is doubtful that anyone in today’s workplace would recognize the names MicroPro or WordStar. But in the mid-1980s WordStar, developed by the company MicroPro, was the most popular word processing software in the world. However, when IBM announced it was bringing to market a PC version called DisplayWriter, MicroPro focused on creating a clone that it marketed as “WordStar 2000.”

Neither program was as successful as its developer had hoped, and the lack of attention MicroPro had paid to the original WordStar in the meantime, coupled with WordStar 2000’s poor support for WordStar formats, had allowed competing for products an opportunity to take over market share. WordPerfect, in particular, used the same key, sequences as the popular Wang line of dedicated word processor computers, which made it popular with secretaries switching from those to PCs. WordStar rapidly declined following WordPerfect’s appearance. MicroPro had failed to improve on the early WordStar, leaving it outdated.

Will your company’s newly defined competencies add value to its bottom line and become an integrated part of company culture? The answer lies in how these competencies are developed, applied, and monitored.

Major challenges to the development of Global System

Various Parts or Structure of a Market Report