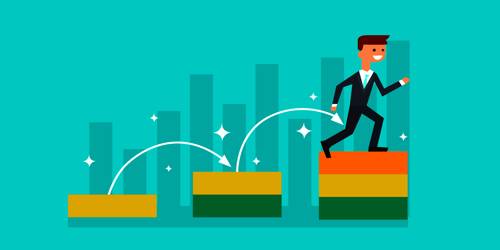 Achievement motivation can be defined as the need for success or the attainment of excellence. Individuals will satisfy their needs through different means and are driven to succeed for varying reasons both internal and external. Achievement motivation is one of the three components that make up McClelland’s Human Motivation Theory. This theory was proposed by social psychologist David McClelland, who studied workplace motivation.

Mc Clelland rated the achievement motivation of different countries on the basis of ideas related to the need for achievement contained in the children’s stories. This has come to be known as the n-factor rating. He established a correlation between n- factor rating and the prosperity of the countries a generation ahead.

The criterion on n- factor rating was the inherent concern for achievement or non-induced achievement motivation.

Mc Clelland found that achievement motivation was lower among people underdeveloped countries than among those of developed nations. Even in USA, only about ten per cent of the people were actually high achievers. It is the level of aspirations or ambitions that explains the lack of enterprise underdeveloped countries. Ambition is the level of all motives and aimless life a goalless game. Ambitions motivate men, active them broaden their vision and make life meaningful. Ambition builds up achievement pressure in the individual and provides the base for Mc Clelland’s n-factor Ambition is the lever of all motives. The initiative intentions of an individual are directed by his ambitions. It is the ambition of electrifies man’s actions. Therefore, what matters are not merely the people are their aspirations and the means to achieve the goals? Therefore, it is the duty leaders and teachers to build up ambitions into the minds of the young people however ambitions differ greed and windfall. Greed results in disaster a windfall makes one speculator. Sometimes personal ambitions may come in way of family aspirations or national aspirations. Unfulfilled ambitions passed to the next generation who may chase the goal with redoubled effort and vigour.

Thus, ambition nourishes achievement motivation and brings economic growth. The biggest obstacle to economic progress in Countries like India is perhaps the limited ambition of people. The initiative of an individual is directed by his ambitions, which nourish the entrepreneurial spirit and bring about economic development. Hence, what matters are not merely the people and then talents but their aspirations? However, ambitions differ among individuals on the basis of the environment in which they are born and brought up. Galbraith has also attributed the backwardness of many Asian and African countries to lack ambition.