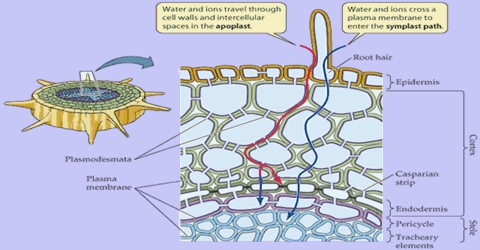 The total turgor pressure of the cortex tissue as a result of which water enters the xylem vessels through endodermis called root pressure. It is not common among trees of the Temperate Zone and occurs mostly in the spring before leaves develop and transpiration is rapid. It is mainly generated by osmotic pressure in the cells of the roots and can be established by exudation of fluid when the stem is cut off just above the ground. It is the transverse osmotic pressure within the cells of a root system that causes sap to rise through a plant stem to the leaves. It is partly accountable for the rise of water in plants. For example, in non-woody plants, osmosis allows plant cells to accumulate water and be plump enough to keep the plant upright.

Plants are intricate organisms, and one of the many absorbing processes of a plant is root pressure. This pressure is essentially the idea that a plant’s roots can either maintain a higher or lower pressure based on its surroundings. It is more common during the spring seasons before the leaves develop and the rate of the transpiration is rapid. The effects of this pressure can be seen only during nights and in the early morning as the rate of evaporation is very low. 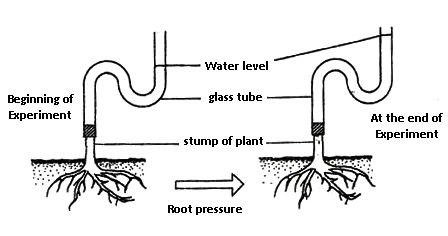 Difference between Starch and Cellulose

How many Stages are there in Aerobic Respiration?

What is imbibition in the plant life?