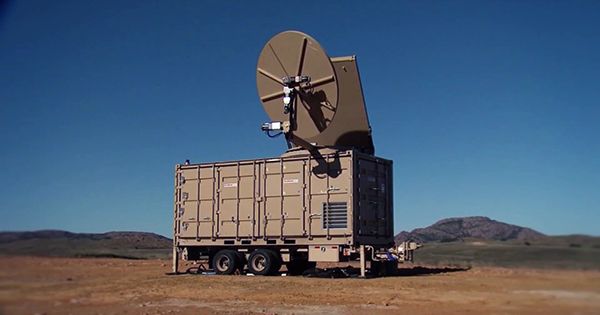 Russia claims to have used laser weapons in its invasion of Ukraine, prompting Ukraine’s President, Volodymyr Zelensky, to compare the country to Nazi Germany at the conclusion of WWII. Yury Borisov, Russia’s deputy prime minister in charge of military development, stated at a news conference on Wednesday that a laser weapon named Peresvet was already operational and being deployed in Ukraine. In a test on Tuesday, a drone was reported to have been burnt from a distance of 5 kilometers (3.1 miles) in five seconds.

President Putin initially referenced the Peresvet weapon in 2018, after a Russian Orthodox monk who engaged in single combat at the outset of the Battle of Kulikovo in 1380, in which both participants died. It is stated that the bulky weapon may be used to knock down drones under ideal weather circumstances, yet their large energy consumption makes them unsuitable as a portable weapon. According to the deputy prime minister, the laser may be used to blind satellites.

“It is already being mass-supplied to the (missile) forces, and it can blind all possible adversary satellite surveillance systems in orbits of up to 1,500 km, destroying them throughout the flight owing to the use of laser radiation,” he claimed. Borisov also stated that Ukraine has received a new laser weapon known as “Zadira.”

“If Peresvet blinds, the new generation of laser weaponry leads to physical destruction of the target – thermal destruction, they burn up,” he told Russian state television, according to Reuters, adding that “the first prototypes are already being employed there.” Borisov went on to say that the new generation of weapons employed a broad electromagnetic spectrum and that they will one day completely replace conventional weaponry. Laser guns, which may sound like science fiction, have been tested in the United States and have been demonstrated to successfully shoot down drones.

The boasts of new weaponry did not impress President Zelensky, who compared the propaganda to that of the Nazis at the conclusion of World War II, when it became evident that they would lose. “As it became evident that they had no hope in the war,” Zelensky said, “the more propaganda there was about this incredible weapon that would be so powerful as to assure a turning point.” “And so we see that Russia is trying to locate its ‘wonder weapon’ in the third month of a full-scale war… this all plainly reveals the mission’s utter failure.”

Will Apple Build Its Own Blockchain