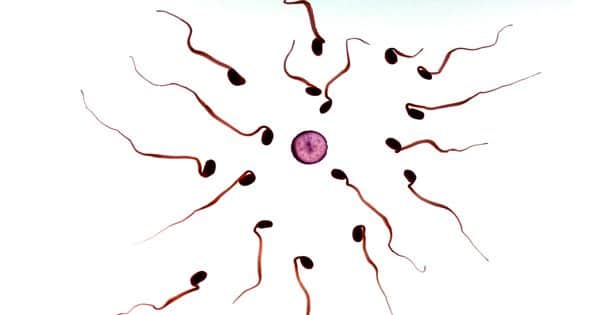 In a new paper published by Nature Communications, the Lundquist Institute (TLI) Investigator Wei Yan, MD, Ph.D., and his research colleagues set out an innovative strategy that led to the discovery of a natural compound as a safe, effective, and reversible male contraceptive agent in pre-clinical animal models. Despite considerable efforts over the last decades, progress in the development of non-hormonal male contraceptives has been very limited.

The findings have been published in the journal Nature Communications. Despite considerable efforts over the last decades, progress in the development of non-hormonal male contraceptives has been very limited.

New research by the scientists at The Lundquist Institute spells out an innovative strategy that has led to the discovery of a natural compound as a safe, effective and reversible male contraceptive agent in pre-clinical animal models.

The compound is triptonide, which can be either purified from a Chinese herb called Tripterygium Wilfordii Hook F, or produced by chemical synthesis. Single daily oral doses of triptonide induce altered sperm with minimal or no forward motility with close to 100 percent penetration and, consequently, male infertility in 3-4 and 5-6 weeks. Once treatment is stopped, the males will become fertile again in ~4-6 weeks and will be able to produce healthy offspring. No discernible toxic effects were detected in either short-or long-term triptonide treatment.

All of their data suggest that triptonide is a highly promising non-hormonal male contraceptive agent for men because it appears to meet all criteria for a viable contraceptive drug candidate, including bioavailability, efficacy, reversibility and safety. Biochemical analysis shows that triptonide targets one of the last steps during sperm assembly, leading to the production of modified sperm without the vigorous motility required for fertilization.

“Thanks to decades of basic research that inspired us to develop the idea that a protein-critical compound in the last few steps of sperm assembly would lead to the production of non-functional sperm without causing severe depletion of testicular cells,” said Dr. Yan. “We are very excited that the new idea has worked out and that this compound appears to be the ideal male contraceptive. Our results using non-injurious studies on lower primates suggest that triptonide will also be an effective treatment for human males. Hopefully, we will soon be able to begin human clinical trials to make the non-hormonal male contraceptive a reality.”

“Dr. Yan’s discovery represents a major leap forward in the field,” said Drs. Christina Wang and Ronald Swerdloff, who are TLI co-principal investigators for NIH-supported advanced clinical trials on hormone-based birth control approaches. “The more contraceptive methods available, the better we want a family of pharmaceutical products to meet the family planning needs of men and couples at different stages of their reproductive life, with different ethnic, cultural and religious backgrounds and economical means,” said Wang and Swerdloff.

The world’s population, which currently exceeds 6 billion, is increasing by 80 million a year. 1 Across the world, population growth is causing major problems with food and water supply, pollution, overcrowding, and resource depletion. Much of that population growth is unintended. Family planning organizations estimate that half of all conceptions are unplanned and half of the resulting pregnancy is undesired.

Currently, the few methods of contraception available to men include condoms, withdrawal, spermicides and vasectomy; and vasectomy is not reliably reversible. Efforts are underway to develop newer male contraceptives to enable men to become full partners in the prevention of unintended pregnancy.