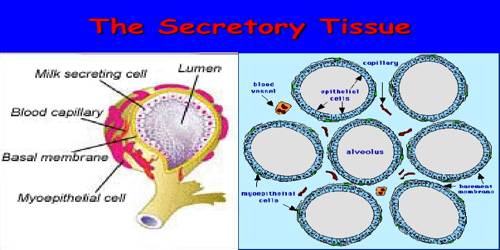 Secretory tissue: Secretoy tissues are those tissues, which secrets various liquids, Resins, gums, rubber etc. are composed from secretory tissues. Secretory tissues happen in most vascular plants. Some of these tissues, such as hydathodes, salt glands and nectaries, secrete unmodified or only slightly modified substances supplied directly or indirectly by the vascular tissues.

Therefore, only one term secretion is generally used to describe the various processes by which individual cells or multicellular structures perform any of the functions mentioned below. 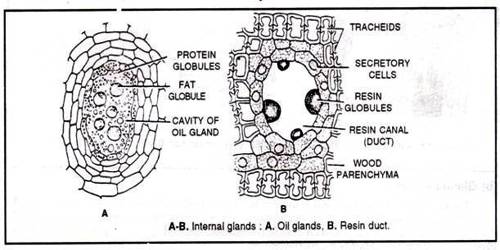 They are of two types: Laticiferous tissues and Glandular tissues.

Glandular tissue: Honey, Enzymes, Gums, Resins, Oils etc. are generally found in the glandular tissues. These glands include some secretory or excretory products. A gland may consist of isolated cells or little group cells with or without a fundamental cavity.

Difference between Anaphase of Mitosis and Anaphase-1 of Meiosis