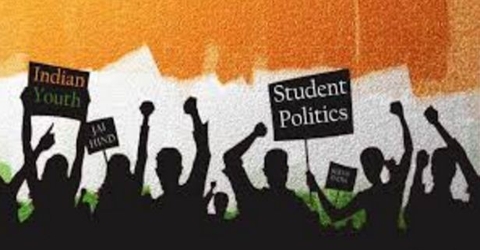 One of the most widely-discussed controversies of the day is whether students should take part in politics or not. In the western countries the issue has lost much of its importance. Politics has now mostly a concern of the elders, while students, living in academic seclusion, seldom thrust their nose into it. But the controversy is still raging in full fury in third world countries. The root cause of this extraordinary state of things lies in the historical background of our struggle for freedom. Both in Bangladesh and India, students inherited a tradition of political activity by virtue of having borne the brunt of this sub-continent’s fight for independence. In those days they were rather encouraged to participate in politics mostly by those who, in the post independence era, were advising them to keep away from the political arena. But students have persistently disobeyed that advice and have rather plunged still deeper into the vortex of politics. As a matter of fact, the course of the political history of our country was largely influenced by the political activities of the students.

Those who favor the participation of students in politics base their stand mainly on four arguments. Firstly, students of to-day being the citizens of tomorrow, it is necessary to give them some training in active politics alongside their pursuit of study. This would go to make their education realistic and practical. Secondly, students have both a duty and a right to see that the country is governed well. Else they would suffer the impact of bad rule no less than the rest of the population. Thirdly, students being the most selfless section of the population, their participation in politics ensure a better service of national interests. It is they alone who can act as the unfailing friend of the people against corrupt and selfish politicians who otherwise are apt to realize their own end at the expense of the nation. Fourthly, young men have the capacity of infusing into politics a dynamic urge and vitality which eventually invigorates the nation as a whole. Taking all these factors into consideration, they argue that students should be encouraged to take interest in politics.

Those who disfavor student politics advance two arguments in the main. Firstly, politics being serious and exciting occupation is antithetic to the pursuit of study which requires coolness of mind. The two can never be done together without the former gradually absorbing the latter entirely. Secondly, to do polities in modern society faced with complex national and international problems, is s hard job and calls for enough of experience and sagacity, tolerance and patience. It needs cool judgment, dispassionate approach to problems and tactful handing of complicated situations. All these and other virtues that make a true politician come with age and are hardly to be found in the youth, much less teen-aged students.

Both the views are vitiated by extremism. While there is not denial that the participation of students in politics may bear some good to them and the society, the possibility of ultimate loss to both cannot be overlooked. It is also important to note that students may hardly remain impartial enough to check corrupt politicians and protect popular interests.

Myanmar to Release 2,000 Prisoners and Drop Charges Against Actors