Home Chemistry The Control of Asymmetries in the Synthesis of Drugs 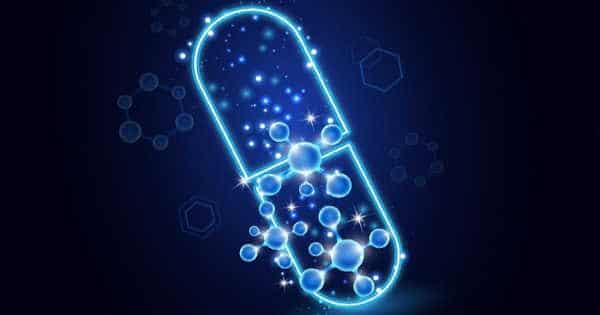 Chemical synthesis is a type of asymmetric synthesis. According to IUPAC, it is a chemical reaction (or reaction sequence) that produces unequal amounts of stereoisomeric (enantiomeric or diastereoisomeric) products from one or more new elements of chirality formed in a substrate molecule.

The cost-effectiveness of drug synthesis is determined by several factors, including the amount of waste generated. A group of researchers has developed a catalyst that achieves exceptionally high-precision hydrogen addition to carbon-carbon bonds, improving targeted synthesis by avoiding convoluted multi-step processes and reducing wasteful by-products. The authors describe the reaction in the journal Angewandte Chemie as particularly useful in the production of complex natural substances such as pheromones.

The natural world is rich in natural products, many of which have also become essential drugs for humans. Plant-based natural substances, such as polyketides and pheromones, have significant antitumor and antibiotic potential. Many of these pharmaceutically active substances, however, are only effective in one of their two possible configurations, which are mirror images of each other, and may even be harmful in the other.

To ensure that the correct substance is produced, synthetic chemists generally have no choice but to be wasteful: either by using convoluted processes or by performing multiple steps. For example, they could synthesize both forms of a compound and then eliminate the unwanted one, or they could use a specific, but potentially expensive, catalyst to only produce the desired form.

Pher G. Andersson and his colleagues at Stockholm University in Sweden have discovered that a catalyst made of the heavy metal iridium and organic phosphorus-nitrogen units is particularly effective at hydrogenating symmetrical organic compounds. The resulting reaction is not only highly economical (no by-products are formed), but it is also particularly important for drug synthesis because the configuration (that is, the handedness of the product) is determined at the time of hydrogenation.

Simple, symmetrical unsaturated bonds are suitable as precursors for the synthesis of polyketides and natural products derived from pheromones. The researchers’ iridium catalyst now allows them to selectively hydrogenate one of the symmetrical carbon-carbon bonds: “This method represents the first example of iridium-catalyzed hydrogenative desymmetrization of dienes,” the authors write. They demonstrated the utility of their new method by converting dozens of precursor substances to the desired products. Almost no by-products were formed in any of the cases.

The target configuration at the oxygen group near an unsaturated bond was critical to this approach’s success. Many pheromones and polyketides contain allyl carbinols with this oxygen-carbon arrangement, while others contain nitrogen groups and are known as allyl carbamines. The correct end configuration was obtained whether the iridium catalyst was used on nitrogen or oxygen. Lactones are another common structural motif in natural substances. Despite this structure, the iridium catalyst performed well, and the researchers were able to discover a simple synthesis route via hydrogenative desymmetrization.

Over the last century, the development of new pharmaceutical products through organic synthesis has contributed to a medical care revolution, allowing for dramatic reductions in hospitalization, suffering, and death. However, if the environment suffers as a result of this achievement, it is flawed. With the growing emphasis on green chemistry 2 3 in recent years, pharmaceutical process chemists have focused their attention and creative energies on reducing the environmental impact of their craft.

The new method was also used to perform formal total synthesis of two natural substances: zaragozic acid, a polyketide derived from fungi, and invictolide, an ant pheromone. The authors are confident that the method is an economical and versatile alternative for synthesizing many pharmaceutical products due to the high level of selectivity and the nearly total preference for one configuration, providing the product with the correct handedness.