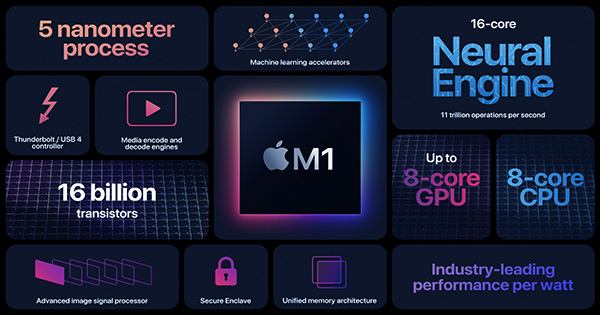 The big news of today’s spring-loaded event is the expected release of a new version of Apple’s high-end tablet. The new iPad Pro is the first in the line to adopt the M1 chip introduced by the company on the Mac line. The new chip sports an 8-core CPU, with up to 50% faster performance than the A12Z Bionic found in previous generations.

It has an 8-core GPU, which it claims can be up to 40% faster the system can be equipped with up to 16 GB of RAM and 2 TB of storage. The device further blurs the line between the company’s tablet and desktop offers, as well as improved battery life is now listed as “all day”. The Pro also adds Thunderbolt support to USB-C, which enables it to offer several new features, including external display support and wired transfer up to 40 Gbps.

The Pro joins the iPhone line with the addition of a 5G connection. Pro has improved applications like the new iMac, courtesy of the new ISP on top of Apple Silicon. It paired with a new ultraviolet camera. It should accompanied by advanced teleconferencing with a 120-degree viewing area and new “center stage” features that follow users in similar neighborhoods to the technology we have seen on some smart displays. The company describes the experience as follows:

As users move around, the center stage automatically panes them to take shots. When others join in, the camera also detects them and zooms out smoothly to fit everyone into the scene and make sure they are part of the conversation. Therefore, whether it is whiteboarding with colleagues or attending a virtual family gathering, the connection experience is now more interesting than ever.

It combines a Dolby Fire-powered four-speaker array. As reported, the new tablet (only 12.9-inch) has the Liquid Retina XDR – an enhanced display according to Apple’s marketing terms – features among other things that come with improved high-speed range.

The display powered by 10,000 micro-LEDs. It allows a huge amount of improved contrast ratio and 1000 brightness without hammering battery life. The 11-inch version starts at $799 and the 12.9-inch, which adds a liquid retina display, starts at $1,099. Pre-orders on the tablets will begin April 30, and the product will launch in the second half of May – along with several other products introduced at today’s show.