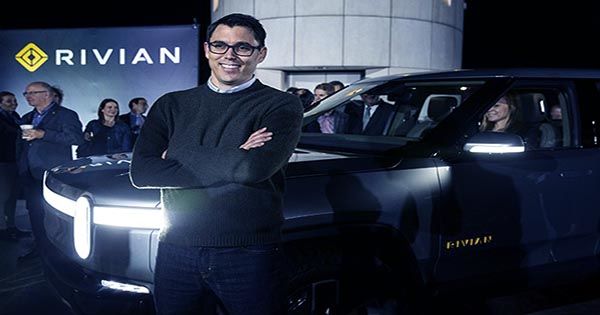 Welcome to The Station, your one-stop shop for all modes of transporting people and things from point A to point B, past, present, and future. SEMA, or the Specialty Equipment Market Association trade event, has long been the place to go to witness unusual and colorful automobile modifications. This year there, a significant movement that reflected what is going on across the country. Although I was unable to attend this year, many I spoke with stated that they had never seen so many gas-to-electric conversions of sports cars, antique hot rods, and other vehicles.

Of course, automakers showed off their new electrified cars, such as the Ford F-100 Eluminator concept truck. This concept is important to us since it depicts a product that Ford will really sell. The Eluminator electric crate motor is available through Ford Performance Parts (available online or at a local dealer). The engine derived from the Mustang Mach-E GT Performance Edition generates 281 horsepower and 317 pound-feet of torque. To express your ideas, comments, opinions, or tips, please contact me at kirsten.korosec@techcrunch.com. You may also contact me directly on Twitter at @kirstenkorosec.

According to CEO Wayne Ting, Lime has secured a $523 million round of convertible debt and term loan funding, which is the next stage as the business prepares to go public next year. The convertible note makes up the majority of the deal, which means it will convert to shares when Lime goes public next year, which Ting claims will happen next year but does not specify when or how.

The company’s decarbonization activities will get around $20 million of the overall cash. Lime’s ambition to encourage 80% of its production and supply chain partners to set their own carbon emissions goals is one of many measures the firm announced in preparation for COP26.

On Friday, Bird, one of Lime’s main competitors, went public via the old SPAC method. Bird’s stock ended the day at $8.40, essentially unchanged. Bird intends to utilize the proceeds from the IPO to grow its current operations and expand into new markets. Shares of the SPAC, Switchback II Corporation, fell more than 20% after Bird’s shareholders approved the deal earlier this week before rebounding.

Neuron Mobility, located in Singapore, is upgrading its N3 scooters with a new operating system and extra onboard sensors to assist it identify and rectify risky or careless riding.

Many firms have released technology aimed at assisting riders in not driving like jerks (Spin, Voi, Bird, Superpedestrian, and Helbiz, to name a few…), but not all of them have delivered on that promise “at scale,” whatever that means. Over the next six months, Neuron will test around 1,500 of these improved scooters in Australia, Canada, and the United Kingdom.

Dott, a European micromobility firm, is the most recent operator to interface with Google Maps. In Belgium, Finland, France, Germany, Italy, Norway, Poland, Spain, and the United Kingdom, Dott’s e-scooters and e-bikes will be available via the app. After obtaining one-year permission, Helbiz deployed a fleet of 250 e-scooters in Sacramento, California.

In Australia and New Zealand, the United Kingdom and Beam formed a cooperation to increase awareness of electric mobility and assist decrease carbon emissions from transportation. They are providing incentives in the form of ride credits to individuals who have not yet tried an electric vehicle.

Gojek, an Indonesian mobility and on-demand platform, and Gogoro, a Taiwanese micromobility battery-swapping platform, have announced a collaboration to electrify Indonesian two-wheel transportation.

In Jakarta, the two are launching a battery swapping and Gogoro Smartscooter trial project with Indonesian national energy firm Pertamina.

A resounding yes for REITs