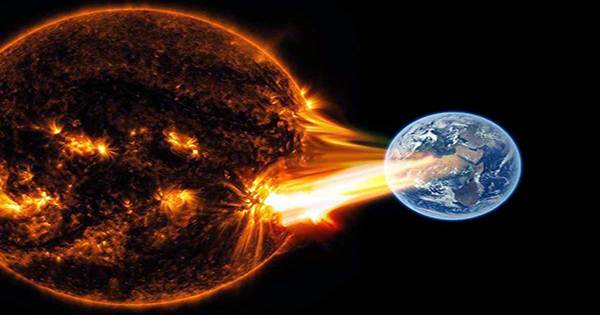 The Sun has risen from its slumber. Our star has been highly active over the previous few months, emitting massive flares, after emerging from the solar minimum in December 2019 – thus commencing Solar Cycle 25.

A huge flare and coronal mass ejection (CME) hurled towards Earth only two weeks ago, causing days of geomagnetic storms. The path to the solar maximum in 2025 might be paved with significant occurrences.

Bill Murtagh, a program coordinator at the National Oceanic and Atmospheric Administration’s (NOAA) Space Weather Prediction Center (SWPC), outlined the dangers of many coronal mass ejections being unleashed one after the other in an interview with Space.com.

Even if the CMEs were not particularly powerful, a sequence of them would be more difficult to foresee and prepare for in this situation. These plasma waves travel 150 million kilometers between the Sun and the Earth before colliding with our planet’s magnetic field and atmosphere.

Satellites and electrical gadgets be damaged, and radio transmission can be disrupted. “That first CME practically clears a route for more CMEs to come in after it,” Murtagh told Space.com. “Sometimes we refer to the one ahead as ‘cannibalizing.'”

A “cannibal” CME of a specific strength might cause major infrastructure damage, and humans may not be able to prepare for it. Predicting space weather is notoriously difficult, and understanding how Eath’s magnetic field will react to a CME’s unpredictable magnetic distribution necessitates measurements that are not always readily accessible. “For all practical reasons, we’ve concluded that this will be our worst-case scenario for an intense geomagnetic storm occurrence,” Murtagh continued. “It’s only that the CMEs weren’t that massive – but that process happened here, when two, three separate CMEs came rushing in at the same time.”

The “Carrington Event” is the most powerful geomagnetic storm ever recorded, and if it happened now, the damage and risk would be catastrophic. According to NASA, a severe geomagnetic storm could leave up to 130 million people in the United States without power for several hours, with “water distribution affected within several hours; perishable foods and medications lost in 12-24 hours; loss of heating/air conditioning, sewage disposal, phone service, fuel re-supply, and so on.” Governments and businesses have urged to alter their systems to make them more robust to geomagnetic storms. According to Lloyd’s, the cost of a Carrington-level disaster would range between 0.6 and 2.6 trillion US dollars.