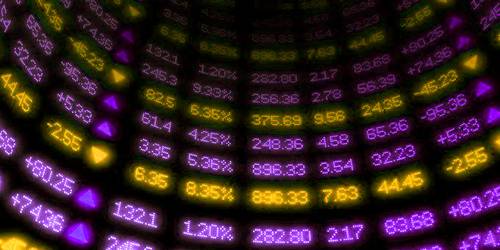 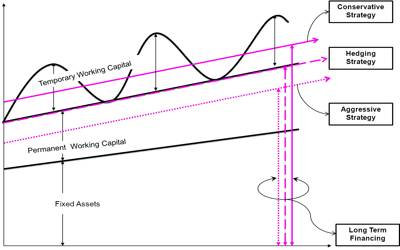 (a) Maturity Matching, or “Self-Liquidating”, Approach

The maturity matching, or “self-liquidating”, approach calls for matching asset and liability maturities. This strategy minimizes the risk that the firm will be unable to pay off its maturing obligations. To illustrate, suppose a company borrows on a one-year basis and uses the funds obtained to build and equip a plant. Cash flows from the plant (profits plus depreciation) would not be sufficient to pay off the loan at the end of only one year, so the loan would have to be renewed. If for some reason the lender refused to renew the loan, then the company would have problems. Had the plant been financed with long-term debt, however, the required loan payments would have been better matched with cash flows from profits and depreciation, and the problem of renewal would not have arisen.

The situation for a relatively aggressive firm which finances all of its fixed assets with long-term capital and part of its permanent current assets with short-term, no spontaneous credit. Note that we used the term “relatively” in the title for panel b because there can be different degrees of aggressiveness. For example, the dashed line in panel b could have been drawn below the line designating fixed assets, indicating that all of the permanent current assets and part of the fixed assets were financed with short-term credit; this would be a highly aggressive, extremely no conservative position and the firm would be very much subject to dangers from rising interest rates as well as to loan renewal problems. However, short-term debt is often cheaper than long-term debt, and some firms are willing to sacrifice safety for the chance of higher profits.

The dashed line above the line designating permanent current assets indicating that permanent capital is being used to finance all permanent asset requirements and also to meet some of the seasonal needs. In this situation, the firm uses a small amount of short-term, non-spontaneous credit to meet its peak requirements, but it also meets a part of its seasonal needs by “storing liquidity” in the form of marketable securities.

There is no clear, precise answer to the question of how much cash and securities a firm should hold.