Home Physics Use of First Law of Thermodynamics in Isochronic System 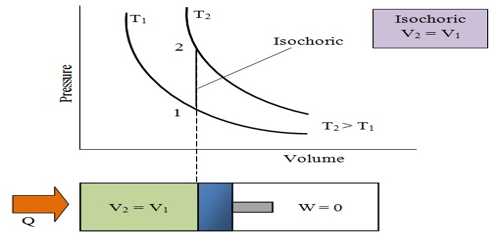 Use of first law of thermodynamics in the isochronic system:

The increase of internal energy in this process is equal to the supplied heat energy. 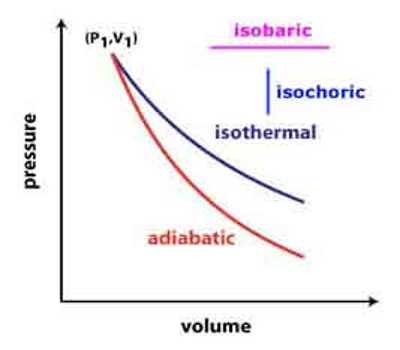 An isochronic procedure is one in which the volume is held constant (V = constant), meaning that the work done by the system will be zero. It follows that for the simple method of two dimensions, any heat energy transferred to the system superficially will be riveted to internal energy. An isochoric procedure is also known as an isometric procedure or a volumetric procedure. An example would be to place a closed tin can containing only air into a fire. To a first approximation, the can will not expand, and the only alter will be that the gas gains internal energy, as evidenced by its increase in temperature and pressure. Mathematically, δQ = dU. We might say that the system is dynamically insulated, by a rigid boundary, from the surroundings.

The temperature-entropy conjugate pair is apprehensive with the transfer of thermal energy as the result of heating.