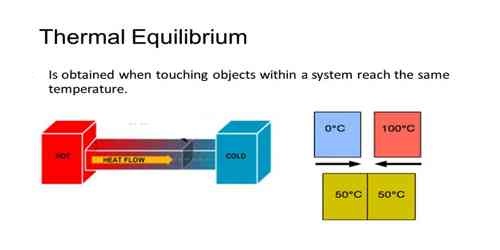 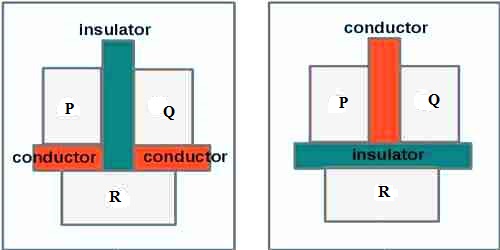 Explanation: In order to determine that the two bodies are in thermal equilibrium, a third body is used. Let P and Q be two bodies separated by a bad-conducting wall are in contact with a third body R (figure). After sometime it will be seen that both P and Q will attain thermal equilibrium in with the third body R. Now, if the bad-conducting wall is taken out, no change of temperature of P and Q will be observed. From this, it is realized that before withdrawing the wall both P and Q reached in thermal equilibrium with each other. From this example the above law is proved. Thermometers are produced on the basis of this law.

Co-efficient of Performance of a Refrigerator