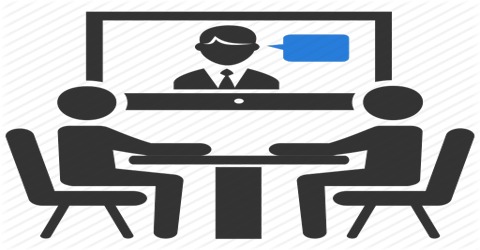 Each participant of video conferencing has to enter into a separate television studio equipped with cameras, microphones, and monitors. In video conference, the participants not only hear but also see each other. This is an expensive mode of communication.

According to Bartol and Martin, “Video teleconferencing is the holding of meetings with individuals in two or more locations by means of close-circuit television.”

In the opinion of Robert Kreitner, “A video conference is a live television exchange between people in different locations.”

According to Quible and others, “A communication process that allows conference participants to see one another’s images on television monitors as they communicate is called video conferencing.”

Boone and others defined, “Video conferences are electronic meetings that allow participants in scattered geographical locations to see and hear one another on television monitors by way of images transmitted over telephone lines.”

Methods of Written Communication for Management

Constraints or problems of Project Management

Importance of Data Resource Management to an Organization