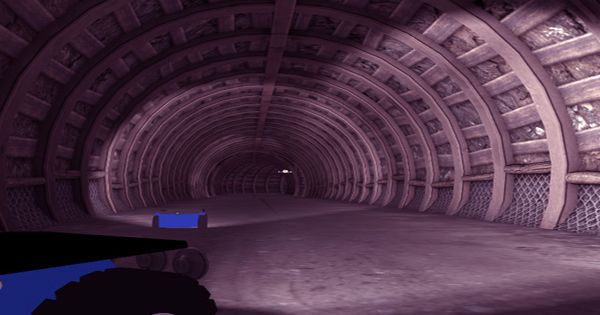 Headquartered in Arlington, the Defense Advanced Research Projects Agency (DRPA) has made a disturbing request to “urbanites” to help the agency identify “underground urban tunnels and hosting facilities for research and testing”.

The Defense Advanced Research Projects Agency has been responsible for some bizarre projects in the past. In one of their most famous projects, they even created the “Psychological Spy” program in the 1930s, spent millions of dollars investigating whether “psychology” and “telekinetics” could spy on enemies telepathically, or otherwise remove objects from their minds. Spoiler alert: No, no they couldn’t.

Really weird thing, seriously, Over the years they had planned and deployed during the Vietnam War, keeping their vast resources in everything from remote-controlled spy bugs to “mechanical elephants”. So they deserve conjecture when they unveiled a disguised (and incredibly urgent) request on Wednesday.

Oh my God – the place they are looking for must be complete with a network of underground urban underground tunnels. It turns out that DARPA is looking for a huge underground bunker to run the “experiment”. “Pay attention, city dwellers! We are interested in identifying university-owned or commercially-run underground urban tunnels and facilities capable of hosting research and testing”, they wrote on Twitter. This is short notice. We are seeking feedback on August 30 at 5:00 PM ET.

Since they urgently need a network of underground caves, obviously they need it. With less reassurance from the second, the military group says they must respond by 5 pm. “The ideal location for a man-made underground environment is a number of urban block w/complex layouts and multiple stories, including atriums, tunnels, and stairs. Areas currently closed to pedestrians or may be used temporarily for testing are of interest.

It turns out there is no reason to worry. Communicating via email, DARPA’s Public Affairs Office informed us that the space for the organization’s “Sabot Challenge Urban Circuit” was intended for “information and planning purposes only”. The Challenge, according to the DRPA website, is a team-based competition that explores the problems of operating in specific underground environments such as tunnel systems, cave networks, and underground city blocks.

The final Integrated Challenge course will be held in 2021 with a prize of $2 million. Eleven teams qualified after competing in the preliminary rounds at the Pittsburgh Mining earlier this month. Participants include researchers, robotic developers, and technicians from institutions such as MIT, UC-Berkeley, and Zurich, Switzerland.

This Seven-Storey Hotel was Built in Just Twelve Days