Home Chemistry What do you mean by Gas? 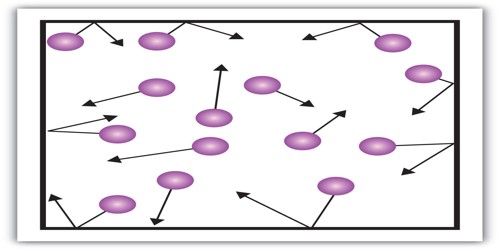 At normal temperature and pressure the materials that exist in gaseous form are called gases.

According to modern conception, a material that exists in gaseous form above critical temperature is called a gas.

We know, normally matter expands due to application of heat and contraction takes place due to removal of heat. The state of a material can be specified by three quantities, viz- pressure, volume and temperature. Volume, Temperature, and pressure of a gas are called variable quantities. If the temperature becomes sufficiently high, certain gases, such as hydrogen, will rapidly combine with other gases such as oxygen or chlorine. In order to establish a relation between any two quantities, the third quantity is to remain constant. Hence we get three relations between them. These three relations are controlled by these three laws. These three laws of gases are called gas laws.

Examples of gases at standard temperature and pressure include:

Hofmann’s Method in Density of Gases