Home Physics Work Done by a Torque or Couple 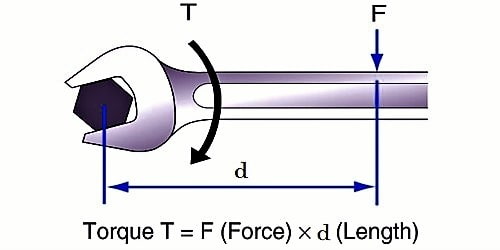 Suppose two equal and opposite forces F act tangentially to a wheel W, and rotate it through an angle θ (Figure).

When a torque does work on a rotating rigid body, the kinetic energy changes by an amount equal to the work done. Work done by a linear force is –

Work = force * distance; in the rotational world, work is done by a torque functional through some angle: work = (torque) * (angle).

Then, the work is done by each force = Force x distance = F x r

The torque is stable, so the angular acceleration is constant. So you can attain it as a function of time.

Work done by a torque can be intended by taking equivalence from work done by force. Work done by the force is calculated as the dot product of force and displacement of the point of the relevance of force. In case of angular motion, force is replaced by torque and linear displacement is replaced by angular displacement. The discussion of work and power makes our treatment of rotational motion approximately comprehensive, with the exception of systematic motion and angular momentum, which are discussed in Angular Momentum.

Examples of the torque or couple are –

Example: A machine must turn around to generate power! A machine with no turning round can deliver torque – like an electric motor – but since no distance is moved by force – no power is formed. As soon as the machine starts to rotate power is created.

What is Forced Oscillations