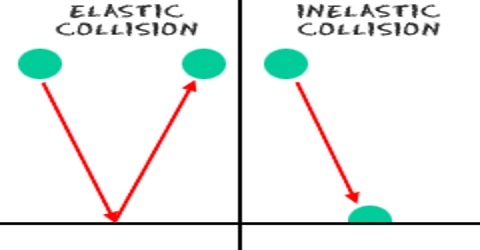 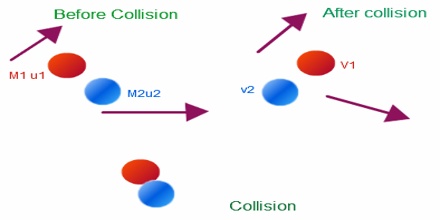 Example: Collision between two balls of glass or steel is almost an elastic collision. When we throw a ball on the floor, it bounces back. This is an example of elastic collision where both momentum and kinetic energy are conserved.