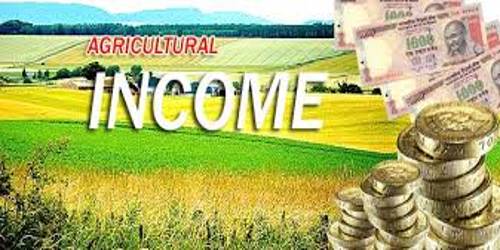 Agriculture Income: Agriculture income means any income derived by cultivation from any land or building in a country like Bangladesh, India, etc., and used for agriculture purposes. As a country develops economically, the relative importance of agriculture declined. This income is considered for rate purposes while ascertaining the income tax liability of an individual. For example, if a family’s income were to increase by 100 percent, the amount it would spend on food might increase by 60 percent; if formerly its expenditures on food had been 50 percent of its budget, after the increase they would amount to only 40 percent of its budget. It is a vital sign as it gives information on the feasibility of the agricultural sector and is accurately taken into account in discussions on policy perspectives. It follows that as incomes increase, a smaller fraction of the total resources of society is required to produce the amount of food demanded by the population.

According to Income Tax Ordinance (ITO), 1984 the following income will be considered agriculture income. They are shown below –