Analog computers are used to process analog data. Analog data is of continuous nature and which is not discrete or separate. Such type of data includes temperature. pressure, speed weight, voltage, depth etc. These quantities are continuous and having an infinite variety of values.

It measures continuous changes in some physical quantity e.g. The Speedometer of a car measures speed, the change of temperature is measured by a Thermometer, the weight is measured by Weights machine. These computers are ideal in situations where data can be accepted directly from measuring instrument without having to convert it into numbers or codes. 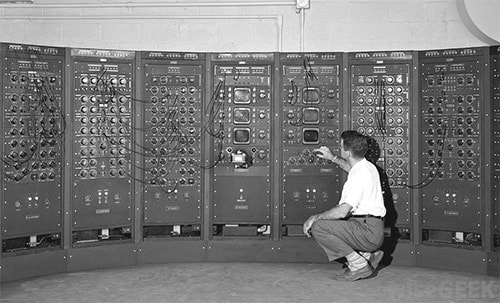 Analog computers are the first computers being developed and provided the basis for the development of the modern digital computers. Analog computers are widely used for certain specialized engineering and scientific applications, for calculation and measurement of analog quantities. They are frequently used to control process such as those found in oil refinery where flow and temperature measurements are important. They are used for example in paper making and in the chemical industry. Analog computers do not require any storage capability because they measure and compare quantities in a single operation. Output froth an analog computer is generally in the form of readings on a series of the dial (Speedometer of a car) or a graph on strip chart.

A Digital Computer, as its name implies, works with digits to represent numerals, letters or other special symbols. Digital Computers operate on inputs which are ON-OFF type and its output is also in the form of ON-OFF signal. Normally, an ON is represented by a 1 and an OFF is represented by a 0. So we can say that digital computers process information which is based on the presence or the absence of an electrical charge or we prefer to say a binary 1 or 0. 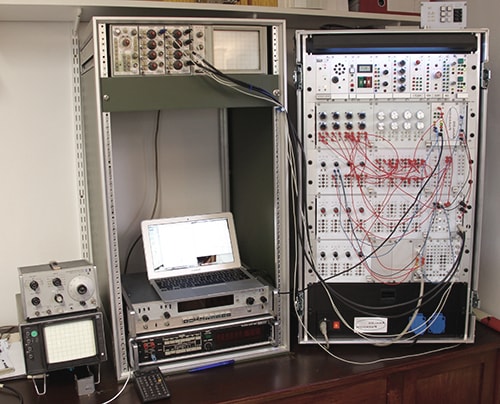 A hybrid is a combination of digital and analog computers. It combines the best features of both types of computers, i.e. It has the speed of analog computer and the memory and accuracy of digital computer. Hybrid computers are used mainly in specialized applications where both kinds of data need to be processed. Therefore. they help the user, to process both continuous and discrete data. For example a petrol pump contains a processor that converts fuel flow measurements into quantity and price values. In hospital Intensive Care Unit (ICU). an analog device is used which measures patient’s blood pressure and temperature etc. which are then converted and displayed in the form of digits. Hybrid computers for example are used for scientific calculations, in defense and radar systems.