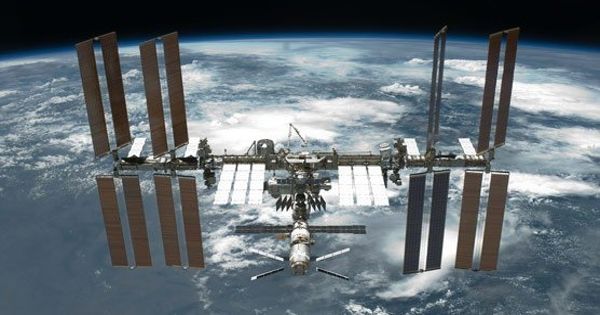 Astronauts Thomas Pesquet of France and Shane Kimbrough of the United States spacewalked outside the International Space Station to begin the laborious process of installing new solar panels to supplement the orbital outpost’s deteriorating power systems. It was the first of several excursions to supplement the ISS’s existing eight solar arrays, the first pair of which had been operational since December 2000.

The spacewalkers installed the first of the ISS Roll-Out Solar Arrays (iROSA) in front of a 20-year-old array on the far end of the space station’s left side backbone truss. The spacewalking duo were installing the first of six new rollout panels when Kimbrough’s spacesuit’s display and controls failed, forcing him to return to the station to reset his systems.

Because of the lost time, they were only able to maneuver the panel into place but were unable to install the cabling and bolts required to complete the process during Wednesday’s seven-hour-and-15-minute spacewalk.

Kimbrough and Pesquet successfully removed the array from its position in the flight support equipment and maneuvered it into position on the mast canister at the 2B power channel.

Two astronauts set out to boost the power for the International Space Station, but ran out of time on their spacewalk before being able to roll out the first in a series of new solar arrays to augment the orbiting outpost’s supply of electricity.

They may pick up the work on Sunday, but the final plan is being finalized. The spacewalks “will be very challenging, very complex, so we’ve got to make sure that we’re both on the same page for every movement that we do,” Kimbrough said before leaving the airlock on Wednesday morning.

Part of the installation process must be completed while the ISS is in the Earth’s shadow and running on battery power. The combination of the original arrays and six newer, smaller, more efficient arrays will increase power by 20 to 30 percent.

“Together, they generate more power than our original array did when it was new,” said Dana Weigel, deputy manager of the International Space Station program.

Space station crew members have completed 239 spacewalks in support of the orbiting laboratory’s assembly and maintenance. Spacewalkers have now worked outside the station for 62 days, 18 hours, and 28 minutes.

NASA is supplementing six of the space station’s eight existing power channels with new solar arrays to ensure a sufficient power supply for NASA’s exploration technology demonstrations for Artemis and beyond, as well as utilization and commercialization.

This was Kimbrough’s seventh spacewalk, Pesquet’s third, and the third they did together. Kimbrough has now completed 46 hours and 15 minutes of spacewalking, while Pesquet has completed 19 hours and 47 minutes.

The station’s eight legacy solar array wings, which were originally designed with a design life of 15 years, are beginning to show signs of degraded power production. Each of the new iROSAs can produce 20 kilowatts of power. When combined with the still-exposed areas on the older, larger arrays, the upgraded system has the potential to increase the space station’s electricity supply by 20% to 30%.

When the mission is finished, the ISS will be back up and running at 215 kilowatts. In comparison, a desktop computer and monitor consume approximately 270 watts, and a small refrigerator consumes approximately 725 watts. The new arrays, which are smaller and lighter than traditional solar panels, can be rolled out like yoga mats.

NASA hopes to advance the technology for the Artemis mission’s return to the Moon, and similar panels will almost certainly be used on a future lunar station called Gateway. Pesquet was on his third spacewalk, and Kimbrough was on his seventh.

However, work on the array had to be paused to allow Kimbrough to return to the airlock and reset his spacesuit’s data display as well as clear a minor pressure spike in his suit’s cooling unit sublimator. After about an hour, and with Pesquet now attached to the end of the station’s Canadarm2 robotic arm, the astronauts resumed their work, carefully passing the 750-pound (340-kilogram) iROSA between them, carefully maneuvering the still-folded and rolled-up array to the station’s far port side.