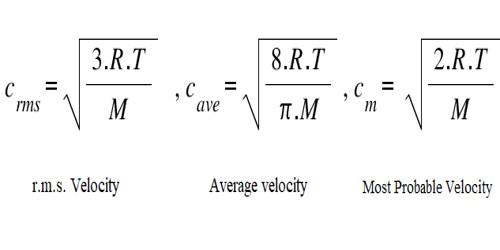 This is given by the relation:

If we compare the average velocity with r.m.s. velocity may be seen that values are not the same,

The average velocity of an object is its total disarticulation divided by the entire time taken. In other words, it is the rate at which an object changes its position from one place to another. It is a Vector quantity. The SI unit is meters per second. However, any distance unit per any time unit can be used when necessary, such as miles per hour (mph) or kilometer per hour (kmph).

If we were given a position function, s(t), which gave the position of an object at time t, then the average velocity between time t sub 1 and t sub 2 is given by the formula:

RMS velocity is the square root of the mean of squares of the speed of individual gas molecules. The root-mean-square velocity is that of a wave through subsurface layers of dissimilar interval velocity along a particular ray path and is usually quite a few percents higher than the average velocity. The stacking velocity and the root-mean-square velocity approach equality when source-receiver offset approaches zero and layers are horizontal and isotropic.

The most probable velocity 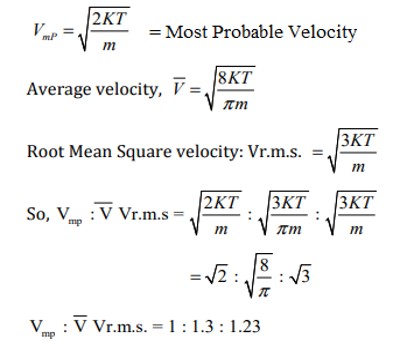 Fig: Average Velocity, r.m.s. Velocity and Most Probable Velocity – a relationship in equation