Home Chemistry Bonding in Ionic Crystals and their Characteristic 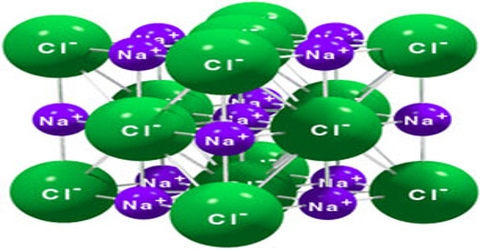 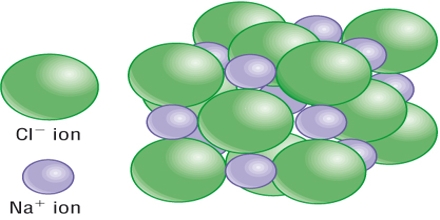 (a) The ionic forces are non-directional.

(b) Since the electrostatic forces between ions are strong the ions are closely packed in ionic crystals and it is difficult to remove the ions from their respective positions in the lattice. As a result ionic crystals are very hard and have high melting points; like; NaCl- 8000C; KCl- 7900C.

(c) Ionic crystals are good conductors of heat and electricity either in molten state or in solution.

Sodium chloride is an ionic crystal in which each Na+ ion is surrounded by six negatively charged Cl– ions and vice versa (figure).