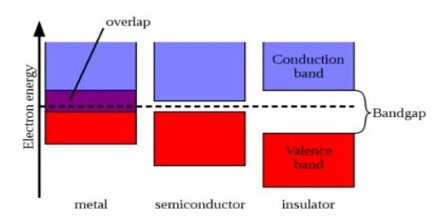 Fig: (a) overlap between a conduction band and a partly filled valence band 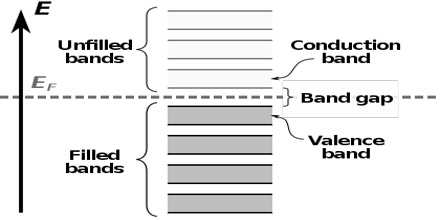 Fig: (b) overlap between a conduction band and a filled band

An electrical conductor is a substance in which electrical charge carriers, usually electrons, move easily from atom to atom with the application of voltage. Conductivity, in general, is the capacity to transmit something, such as electricity or heat.