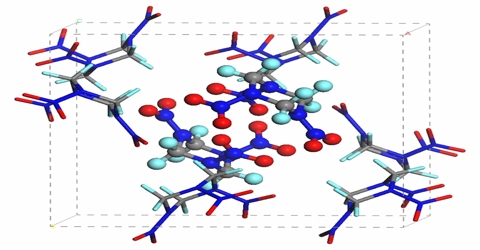 Solids are characterized by their definite shapes and fixed volumes. The rigid structure is indicative of the fact that the atoms, molecules or ions in solids are held together by strong forces of attraction and the constituents are placed in fixed positions from which they cannot move appreciably. As a result the solid substances assume rigidity and mechanical strength and have definite shapes. The forces holding the constituent atoms, molecules or ions are different and give rise to differences in physical properties of the solids.

The solid state of matter is broadly classified into two types: crystalline and amorphous. 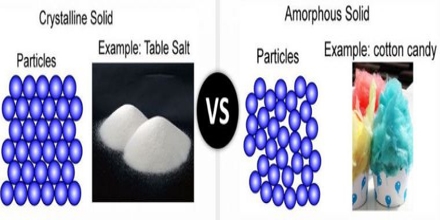 The atoms, molecules or ions are arranged in completely regular fashion in a crystal. The arrangement of the constituent atoms, molecules or ions is not regular in amorphous solids and they do not have sharp melting points. Glasses or plastics are amorphous in nature and they may be regarded as super cooled liquids. Upon heating, the amorphous solids gradually become soft and then become mobile over a wide range of temperature. There are, however, substances in the solid state which have regions in which orderly arrangement of the constituents predominates, but in other parts there is completely random arrangement. Examples are cotton, jute, silk, wool, rubber, hair and many of the synthetic fibres. These considerations have led some people to restrict the term solid state to purely crystalline substances.