Home Chemistry Bonding in Network Covalent Crystals and their Characteristic 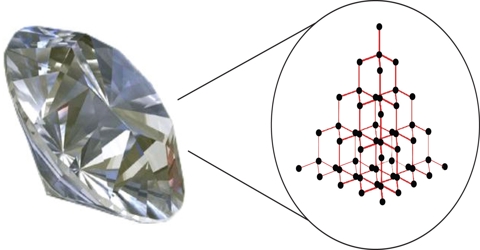 Network covalent crystals are made up of atoms held together by covalent bonds arranged in an extensive three dimensional network. Such crystals are strong and hard. They have very high melting points. A good example is the diamond structure (Figure). In diamond each carbon atom of the lattice is tetrahedrally bonded to four neighbors. Germanium and silicon have diamond like crystal structure. Similar structure is assumed by compounds such as ZnS (Zinc Blende) SiC etc. 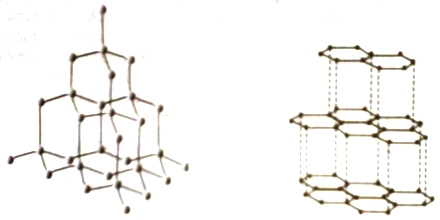 In crystals having diamond like lattice the covalent bonds are arranged in three dimensions. Graphite is an example of the class of crystals which have a two dimensional array of covalent bonds. As shown in Figure-2, graphite has layers of hexagonal networks as in the aromatic series of compounds. In each layer the carbon atoms are held by strong covalent forces but the forces between lavers are weaker. This is why graphite is an excellent lubricant as one laver can slip over another.