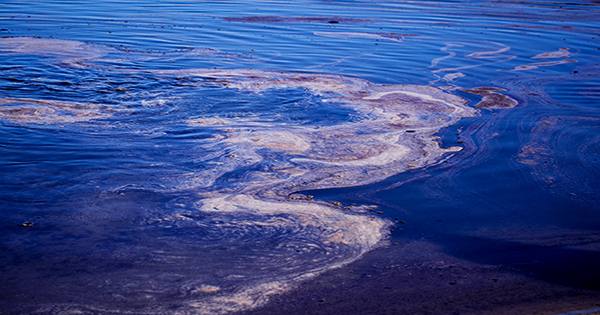 An oil spill has spewed thousands of gallons of oil into the Pacific Ocean, causing an environmental calamity off the coast of Southern California. The enormous oil spill was discovered off the coast of Orange County, California, on Saturday, October 2nd, miles from the beaches of Newport Beach, Huntington Beach, and Laguna Beach. According to the City of Laguna Beach, approximately 3,000 barrels (126,000 gallons) of oil spilled into the sea, resulting in an oil slick plume measuring 33.6 square kilometers (13 square miles).

According to the US Coast Guard, the cause of the spill is still investigated. However, it has been thought to be a pipeline breach caused by Amplify Energy, a Texan fossil fuel business that reported the spill to the US Coast Guard over the weekend. A ruptured pipeline led to an offshore oil rig named Elly, according to Orange County Supervisor Katrina Foley, with the source of the spill appearing to emerge 2.8 nautical miles off California’s beaches. Residents have been advised to keep away from the contaminated water and seek medical assistance if they encounter toxic objects, according to a number of local authorities. “The repercussions will go beyond the apparent oil and odor that our residents are currently dealing with. The environmental impact is irrevocable “On Saturday, Foley sent out a tweet.

At this moment, the ecological impact of the oil spill is unknown, but it’s safe to say that things aren’t looking good. Authorities are attempting to divert the oil spill away from ecologically vulnerable areas by employing temporary floating barriers known as boom and skimming, yet it appears that the calamity is already having an impact on local species. Oil-covered fish and birds have already washed up along the coast of Huntington Beach, according to the city.

“The oil from the spill has already washed up onto Huntington Beach and the Talbert Marsh wetlands, an area home to vibrant birdlife, including great blue herons, pelicans, and endangered California least terns, which migrate up the Pacific Coast,” said Laura Deehan, Environment California State Director. “The coast is also home to a variety of non-avian marine species, including fish we eat like tuna and sea bass, as well as sea turtles, dolphins, and whales. This spill puts them all in jeopardy.”

The oil leak, for many environmentalists watching the crisis unfold, is yet another reminder of the perils that come with using fossil fuels. “The 100,000 gallons of oil that leaked into the ocean at Huntington Beach serve as a clear and somber reminder that oil is filthy, deadly, and can make our air and water too poisonous for life,” Deehan continued.