Electron microscopic studies of eukaryotic cells reveal the presence of a network or reticulum of tiny tubular structures scattered in the cytoplasm that is called the endoplasmic reticulum (ER) (Figure). 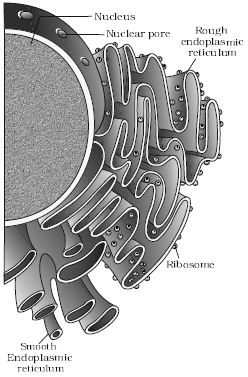 RER is frequently observed in the cells actively involved in protein synthesis and secret ion. They are extensive and continuous with the outer membrane of the nucleus. The smooth endoplasmic reticulum is the major site for synthesis of lipid. In animal cells lipid-like steroidal hormones are synthesized in SER.

Describe on Nucleic Acid in Biology