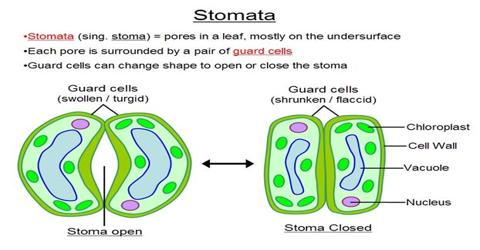 According to this theory guard cells manufacture sugar in presence of sunlight in the day time. In addition to that the stored starch in guard cells also converts to soluble sugar. Because of this concentration of cell sap of the guard cells becomes much higher that of the surrounding cells and thus become osmatically active. He found out that guard cells contain sugar during day time when they are open and starch during night when they are closed. 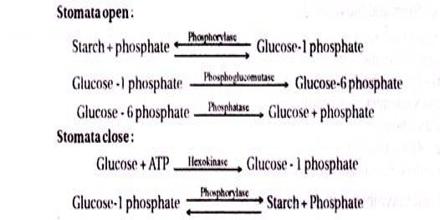 Its explanation is based on following sequence:

At night the stored sugar of the guard cells is converter to insoluble starch and the concentration of the sap decreases and water moves to the surrounding cells osmotically. Due to the loss of water the guard cells lose their turgidity and become flaccid and thus the stomata become closed.

Define and Describe on Endoplasmic Reticulum