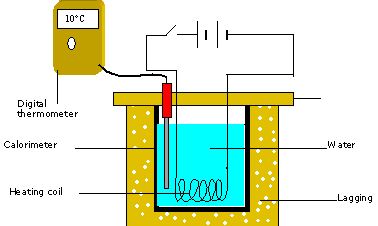 This increase in energy is nothing but the thermal energy of the lattice. Thus for a steady current I, the amount of heat produced in time t is

For a resistance R,