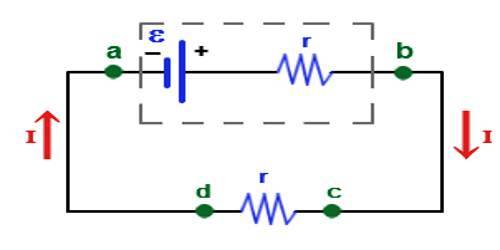 Electromotive force is a difference in potential that tends to give rise to an electric current. Energy is converted from one form to another in the generator or battery as the device does work on the electric charge being transferred within itself.

The EMF of the cell can be determined by measuring the voltage across the cell using a voltmeter and the current in the circuit using an ammeter for various resistances. In this experiment taking a powerful electromagnet M, a neon lamp of 200V, a battery of 6V and a switch S a circuit is connected as shown in the figure. 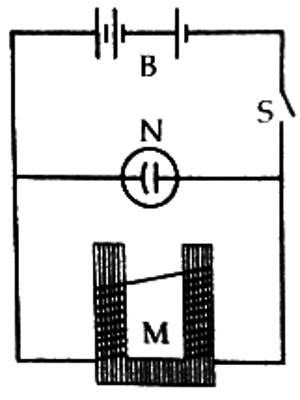 In order to kindle the neon lamp at least 180V is needed. So, when the switch S is on, the potential difference between the two terminal, of the neon lamp is 6V, which is not sufficient to kindle the lamp, but then a small amount of current flows through the electromagnetic coil. Now if S is on then the lamp will kindle instantly. It is proved from this that during the decrease of current electromotive force that is induced in the coil is much greater than the applied electromotive force.