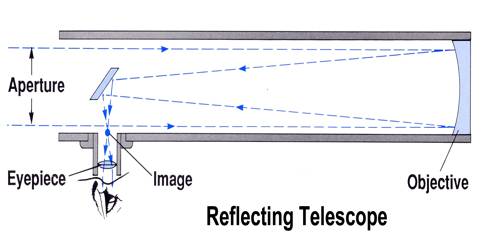 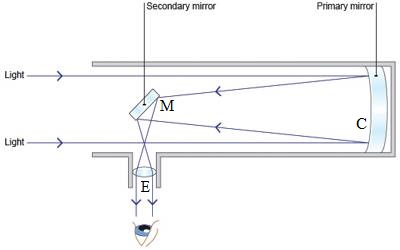 In this telescope, a concave minor C of large focal length and wider aperture is placed at one end of a hollow tube and the other end remains open (Figure). There exists a hollow side-tube at one end of the hollow tube at a distance less than the focal length of the concave lens. In this side tube, a convex lens E is placed as an eve-piece. Besides, at the intersecting point between principal axes of the concave mirror and the convex lens a plane mirror ‘M’ is plated inside the tube at an angle of 450 with the principal axis of the concave mirror. The surface of the plane minor faces towards the concave minor and the lens.

Law of Refraction according to Fermat’s Principle